What is the Definition of a Claiming Race? 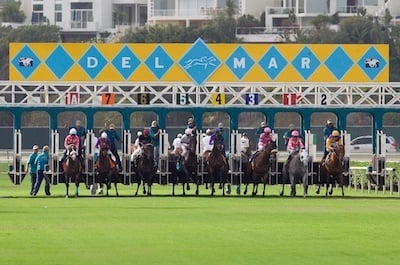 We get this question asked a lot – and deservedly so!

Don’t be intimidated. A claiming race isn’t complicated and easy to learn!

The rules for buying a racehorse in a claiming race are different in every circuit but most follow what we will call “The Common Rules”. There are just 3 of them.

On race day, up until 15 minutes before post time, an owner may “drop in a claim” for a horse in a claiming race. This is nothing more than filling out a 3×5 claim slip and dropping it into the claim box in the racing office. The slip states the horses name, your name/license number and trainer. The owner must have the required funds (plus tax) already in their horsemen account with the track paymaster.

If more than one owner puts in a claim for the same horse, a “shake” ensues immediately after the race. The “shake” is nothing more than putting numbered balls in a genie bottle and pulling out the winner. There can be a two-way shake or even as many as a fifteen-way shake.

The “claiming game” is a fascinating element to horse racing. It is fast paced with lots of turnover. Owning a racehorse can be the most exciting investment you ever make. Many people ask how to get into horse racing and this is a quick way to find instant action. Horses are bought and sold like stocks and the strategy used is tantamount to poker. Your trainer or trusted management team can walk you through risks and rewards before entering your horse in a claiming race or adding a claimer to your racing stable.