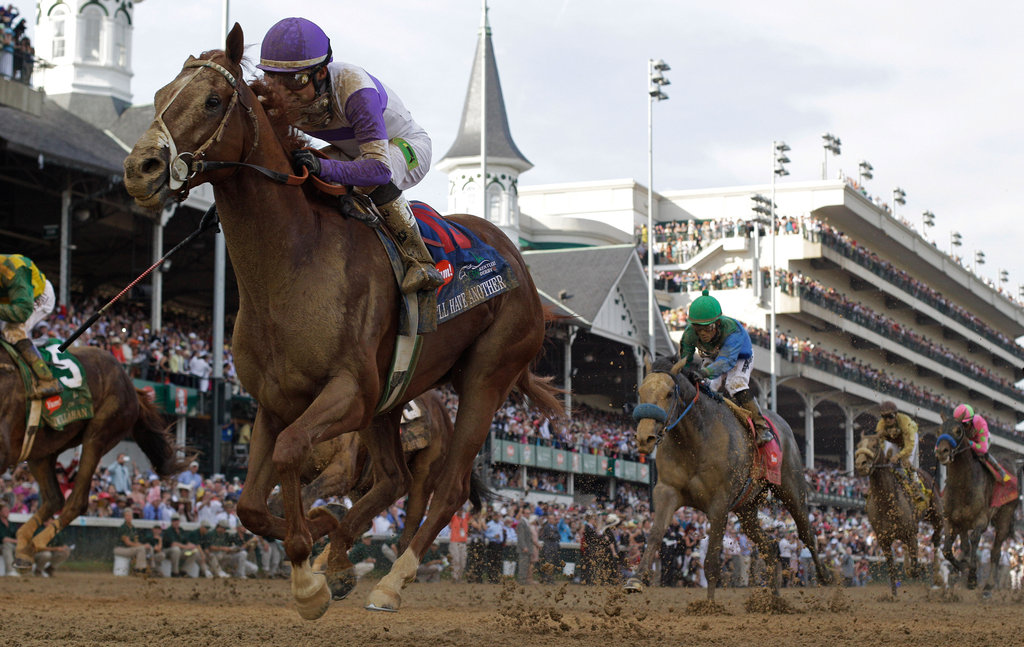 In our most recent blog “Seriously, how much does it cost to own a racehorse”, the costs of ownership were broken down to around $45,000 for routine maintenance and training fees excluding stakes nominations costs. Keep in mind that the costs are generally split between shareholders of horse racing partnerships making them a little more affordable. Many people go into horse ownership for the thrills and the experience, but in the end horse racing partnerships are a business with the end goal of producing a profit for its partners.

One common misconception with horse ownership is that you have to spend a lot to get a nice horse. The “Sport of Kings” moniker that racing has earned over the years does hold true to a certain extent, but over the last decade or so that certainly has not been the case. A true home run horse can run the gamut from royal bloodlines with million dollar price tags at yearling auctions to unknown sires with uncommon pedigrees. A study at the University of Edinburgh several years back concluded that roughly 10% of a horse’s earnings are attributed to the lineage, with the remaining 90% based on the actual care of training of the horse. This is something that must be in the connections’ minds when looking at a horse and hoping to maintain a positive ROI. Who can forget the Green Monkey who cost $16,000,000 at auction and went on to earn just shy of $11,000 on the track?

A quick glance at the recent Kentucky Derby runners showcased a proverbial “who’s who” of the breeding industry. Tapit’s stud fee currently stands at $300,000 and he was well represented by three horses; Mohaymen, Creator, and Lani. Of these three, not one hit the board (with Creator subsequently winning the Belmont Stakes). The Kentucky Derby is one race that everyone wants to win and if it was as simple as purchasing the most expensive horse available then we would have the same top connections in the winner’s circle every year. That being said, let’s examine some horses that proved that a price tag is just a number.

Seattle Slew: “Slew” was purchased for $17,500 as a yearling and won the Triple Crown in 1977. He earned $1.2 million over his racing career at a time when the Kentucky Derby purse was $125,000 compared to the $2 million it currently stands at. He went on to become a prolific sire in the breeding shed.

California Chrome: “Chrome” was bred for $10,000 and owned by a two man venture that dubbed themselves “Dumb Ass Partners”. Chrome is still racing with earnings of over $12 million! Talk about “Dumb” luck!

Curlin: Purchased for $57,000 as a yearling, Curlin went on to win over $10.5 million on the racetrack and is enjoying a second career as a stallion. Most notably he sired Exaggerator, winner of the 2016 Preakness.

Skip Away: Purchased for a meager $30,000 as a two year old in training and went on to win over $9 million on the racetrack proving to be one of the best bargains of the last thirty years.

Zenyatta: The beloved mare was purchased for $60,000 out of a Keeneland sale and earned over $7 million during her racing career. Her earnings were considerable for any horse, but they were dwarfed by the countless number of fans she gained and the way she captivated the nation when she ran.

History has shown that buying the most expensive horses is not a proven formula. The old saying goes, “Breed to the best and hope for the best”. At the top price ranges you deserve more than hope. Just like an NFL or MLB draft, the best players can be found in all rounds. Look for home run prospects in the low and medium price ranges. They are circling around and pound for pound they come out to be better prospects.